Forum-theater is an innovative method of work aimed at solving social problems through theatrical performances. The Youth Forum-Theater of the Fund "Sukhumi" has been working since 2009 and conducts performances on topical issues (conflicts, violence) in 4 regions of Western Georgia (Imereti, Samegrelo, Guria, Adjara). 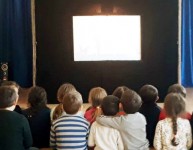 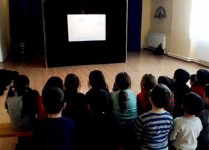 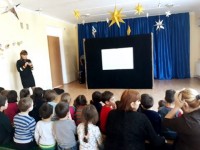 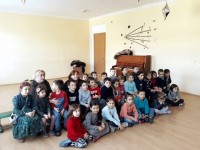 Performances of the Fund “Sukhumi” Shadow Theater were held in kindergartens No. 10 and 11. Children watched the fairy tale "Turnip" with great interest and pleasure. They liked the characters, saw how they help each other...After completion of the performance, the children shared their emotions and impressions...

Summer performances of the shadow theater in Kutaisi 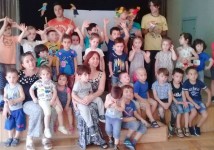 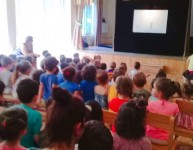 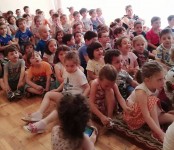 The Shadow Theater visited a private kindergarten in Kutaisi and held two performances for children of different groups. The kids watched the performance “turnip” with interest. It is a fairy tale set for them.

Children were actively involved in the process of “pulling” turnips. They really liked the performance, and the director of the kindergarten thanked the young actors and the editor for the interesting performance.

Performances of the forum-theatre in Kutaisi and Tskaltubo 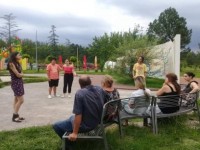 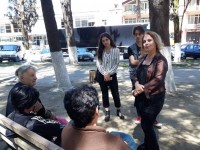 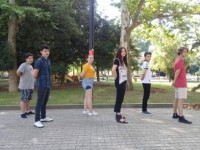 Forum-theater performances were held in Kutaisi and Tskaltubo - 9 performances were shown. Particularly interesting and emotional for the audience was a show on the topic of migration, which caused an active discussion. Also important was the discussion of the scene of the mother and child, where the emphasis was made on the mother who sacrificed herself for the sake of the children.

“These performances should be also presented to teenagers, young people, and the older generation. People will see their problems and start thinking how to solve the situation, how to find a way out. This will be the beginning of creation of a non-violent society, - said one of the spectators.

This is the mission of the forum theater.

Theatre of shadows – visiting the children in Poti 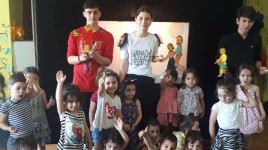 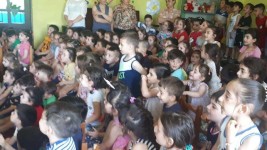 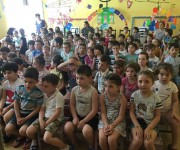 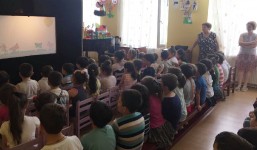 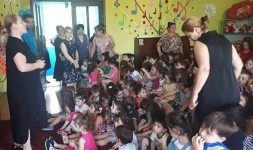 Performances of the shadow theatre were held in the kindergartens No 1 and No 3. “Turnip” – is a performance, which was very impressive for the children. They liked the heroes, songs. Some children even got closer to the screen and tried to help to pull out the turnip.

The speech of the editor and further discussion was interesting. The teachers and the director were actively involved in the discussion. According to them it is a very good form of the work with children, they thanked the guests for this possibility.